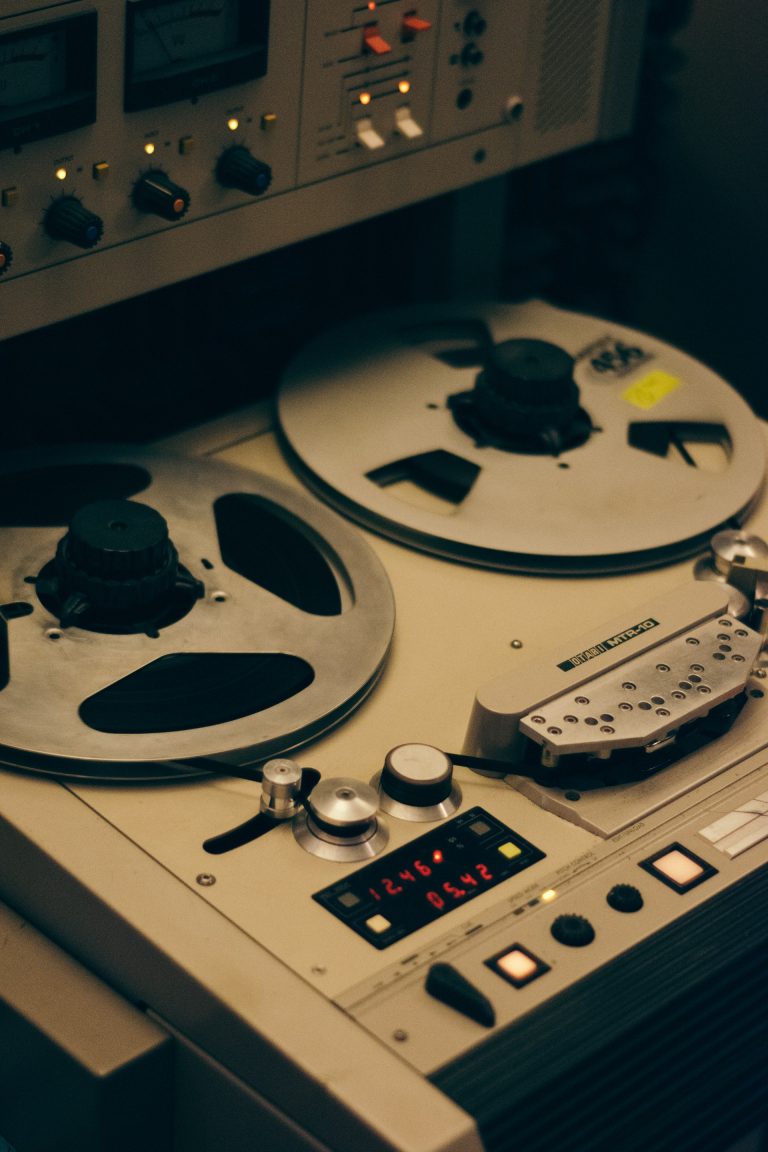 Audio recording, the process of storing sound on physical media, was invented in 1877. It may be difficult to believe that at one point there was no way to record the sound coming from a voice or instrument, yet people managed just fine before this invention.

It was 2 am on a spring night in 1944 — May 14, to be exact. And thanks to the good fortune of suffering from insomnia, a curious observation by John T. “Jack” Mullin led to the introduction of tape recording and, by extension, the entire home media business.

Mullin, a slight and surprisingly humble man, considering his future status in the recording business, graduated from the University of Santa Clara with a B.S. in electrical engineering in 1937, then worked for Pacific Telephone and Telegraph in San Francisco until the war started. By 1944, he had attained the rank of major in the U.S. Army Signal Corps and was attached to the RAF’s radar research labs in Farnborough, England.

After the war, Mullin was assigned to the Technical Liaison Division of the Signal Corp in Paris. “Our task, amongst other things, was to discover what the Germans had been working on in communications stuff — radio, radar, wireless, telegraph, teletype,” explained Mullin.

Mullin ended up in Frankfurt on one such expedition. There he encountered a British officer, who told him a rumour about a new type of recorder at a Radio Frankfurt station in Bad Nauheim. Mullin didn’t exactly believe the report — he had encountered dozens of low-fi DC bias recorders all over Germany. He pondered his decision of pursuing the rumour, literally, at a fork in the road. To his right lay Paris, to the left, Radio Frankfurt.

Fortuitously for the future of the home media business, Mullin turned left.

He found four hi-fi Magnetophons and some 50 reels of red oxide BASF tape. He tinkered with them a bit back in Paris and made a report to the Army. “We now had a number of these lying around. I picked up two of them and sent them home (to San Francisco). Souvenirs of war. (You could take) almost anything you could find that was not of great value. (And) anything Germany had done was public domain — it was not patentable.” He also sent himself the 50 reels of the red-oxide coated tape.

Audio recording is the act of capturing sounds, speech, or other signals (music, natural sound, etc.) for later reproduction. Audio recording started as a purely mechanical process. In 1877, Thomas Edison invented the phonograph, a device that captured sound as a physical recording on a wax cylinder.

A stylus was used to trace the sounds made by a person’s voice or other instruments.
The phonograph proved to be an important invention in its day but was very slow and laborious to use. It was not until 1889 that Emile Berliner invented the gramophone.

The gramophone used a flat record with grooves cut into it. The stylus could be moved up and down the groove, reproducing sounds accurately. However, the gramophone proved too delicate to be properly transported and required a constant supply of new records to be used for playback.

Bing Crosby on the road to video

Bing Crosby hated doing live radio. And he hated recording his shows on wax records because the fidelity sounded terrible to the noted aural perfectionist performer. When Crosby’s engineers heard about Mullin and his Magnetophons, they quickly hired him and his machine. In August 1947, Crosby became the first performer to record a radio program on tape; the show was broadcast on October 1.

Crosby wasn’t the only one interested in Mullin’s Magnetophons. Up in Redwood City, Calif., a small company called Ampex was looking for something to replace the radar gear they’d been producing for the government. Ampex hooked up with Mullin and, in April 1948, perfected and started selling the first commercially available audio tape recorder, the Ampex Model 200.

The invention of audio recording has been one of the most influential developments in the history of entertainment. Radio, sound recordings, and broadcasts have all had a significant role to play in shaping modern society. The audio recording has also taken its place as an important scientific tool for many fields.

When was the audio recording invented?

The story of sound recording, and reproduction, began in 1877, when the man of a thousand patents, Thomas Edison, invented the phonograph. In essence, his machine consisted of a sheet of tinfoil wrapped around a cylindrical drum which, when turned by a handle, both rotated and moved laterally. As it moved it passed under a touching metal stylus, attached to one side of a diaphragm.

What was the first sound ever recorded?

On April 9, 1860, Scott recorded a snippet of the French folk song “Au Clair de la Lune.” The specific “first recorded sound” would thus fall sometime between the early experiments and the recognizable “Au Clair de la Lune” record. (You can listen to 1857, 1859 and 1860 recordings on the First Sounds website.)

What is the oldest recording?

What are the 4 eras of sound?

Q: When did Thomas Edison invent the first sound recording?

A: Thomas A. Edison invented the phonograph, the first device for recording and playing back sound, in 1877.

Q: What was the first sound recording?

Q: What was the first music recording?

A: music recording – music recording – The development of musical recording: In 1877 the U.S. inventor Thomas Edison heard “Mary had a little lamb” emanate from a machine into which he had just spoken the ditty. It was the first time a recording of the human voice had been reproduced, and the event signaled the birth of the phonograph.

Q: What was the first audio recording device?