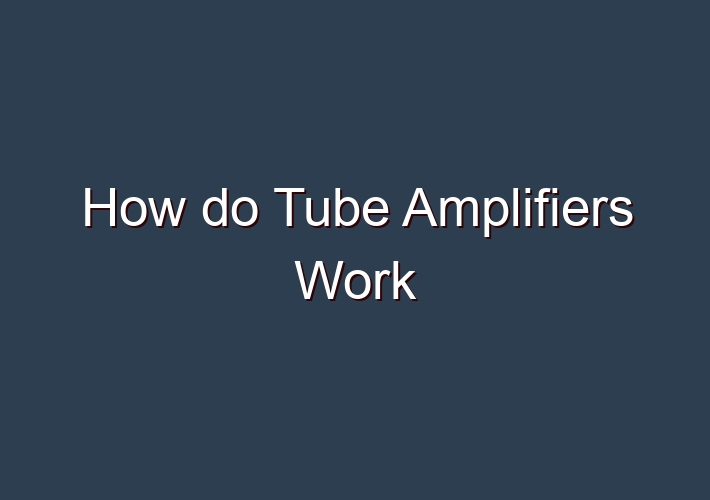 What is a Tube Amplifier?

Tube amplifiers are an example of a linear amplifier. The word “tube” is often used to mean vacuum tube, but it can also refer to semiconductor devices such as transistors. A tube amplifier uses one or more vacuum tubes, which are glass tubes filled with a low-pressure gas.

Vacuum tubes are powerful amplifiers that were widely used in the past, despite their drawbacks. They are now used less commonly for audio signals, replaced by solid-state devices such as transistors and diodes. One reason for this change is that vacuum tubes are large and heavy compared to modern solid-state amplifiers.

The triode vacuum tube was invented in 1907 by Lee De Forest. It was originally used to enable more power to be transmitted over telephone lines. The invention came about because of the problem of regenerating the signal on long phone lines, which made it impossible for people to hear each other properly at the other end of the line.

Improvements were made over time, leading to new kinds of triodes. By 1913, triodes were available that could handle frequencies up to 18MHz! However, vacuum tubes remained expensive until after World War II when economies of scale reduced their cost. This led manufacturers to use them more widely in radios and other electronic devices.

A Tube Amplifier converts electricity into sound by controlling electric current flowing through vacuum tubes at different rates, which in turn modulates a radio frequency carrier wave at one end of it. This produces an output signal voltage, so this circuit can be used as a preamp or effect unit for other devices downstream from it in an audio production chain.

The main drawback of a tube amplifier is that the sound produced, will vary from one unit to another. Tube amplifiers are available in many styles, from the Fender Twin Reverb, to guitar amplifiers from Vox and Marshall. They can be housed in a small chassis or a large cabinet with a horn speaker.

The main advantage of tube amplifiers is that they offer a lot of flexibility in sound and power level compared to solid-state amplifiers. Tube Equipment offers more tone customization than other amplifier types due to their many different types of tubes and amount of power for each type in a unit.

The first thing that someone will notice about tube amplifiers is that they are taller, longer, and heavier than other types of amplifiers. Many also have a traditional look, with wood cabinets and chrome on the front. Many models also have a reverb feature which produces an echo effect by sending some of the audio signal to a small speaker in the back of the amplifier.

Tube amplifiers are a type of amplifier that use vacuum tubes instead of transistor devices used in other types of amplifiers. These amplifiers can be purchased new or used, with prices for used ones being lower due to the low cost of maintenance.

Tube amplifiers are useful for those who want an amplifier with a broad range of power and versatility, as well as those who like the sound produced by these amplifiers. However, they tend to be expensive, heavy, and bulky. They are also not very reliable due to their hot operating temperatures, requiring more maintenance than other types of equipment.

A: Volume. If you’re currently playing guitar at your mom’s garage,you will require a practice amp that can allow you to become a better guitarist without causing the neighbors to … Strength. You’re probably asking; are all tube amps the same? … Weight and Size. … Material. …

Q: How does tube amp work?

A: If you’ve got the know-how or the blind freaking misguided confidence to build or even work on your own guitar amplifier, then St. Pete’s Watts Tube Audio is a place you need to know. Veteran local musician and tinkerer Kenny Watts opened the shop more …

Q: How do vacuum tubes amplify?

A: – There are single-ended class-A, or SE, amplifiers. … – Push-pull class-A amplifiers also exist–they use two, four or more tubes (always in pairs) which are driven in opposite phase to each other. … – There are two kinds of class-A operation, which can apply to single-ended or push-pull.

A: Class A amplifiers tend to be most accurate as they have the most unique design With these Class A amplifiers,it is very easy to control the noise Also,they have a good audiophile to give a natural presentation Finally,they produce a sound with a lot of density and mid range