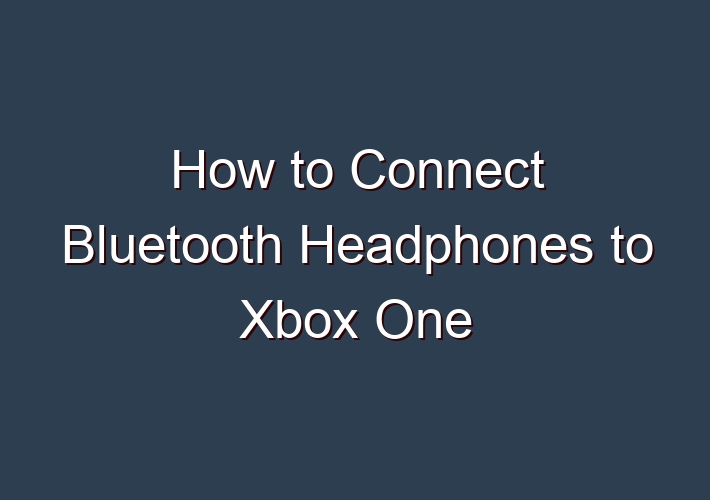 Since 2011, Microsoft has also been introducing different versions of the Xbox One entertainment system. The latest Microsoft Xbox One S is the slimmer, more powerful version that can play 4K Blu-Ray discs.

Recently, reports have indicated that some Bluetooth headphones are not compatible with the new Xbox One S console unless you have an adapter connected to it. An additional Bluetooth adapter can cost you anywhere from $10-$40.

Here are the best ways on how to connect your Bluetooth headphones to Xbox One.

Xbox is currently one of the most used gaming platforms. But most users still have one complaint that hasn’t been solved for years — the lack of Bluetooth audio support.

It can be extra frustrating if you’re a new Xbox player who unknowingly bought a pair of wireless headphones, only to find out that it’s not compatible with your console. You’d think it’s a waste of money!

Moreover, you’d be stuck with your wired headphones. And you’d be reminded of this problem every time you untangle annoying wires.

The good news is, there’s still hope! In this article, we’ll teach you all the ways to connect any Bluetooth headphones to Xbox One.

Can You Connect Bluetooth Headphones to Xbox One?

When almost every device sports a Bluetooth feature, Xbox makes an exemption.

However, device inferiority is definitely not the reason. It’s simply because Microsoft, the Xbox maker, decided to go a different path in connecting wirelessly.

How to Connect Compatible Xbox One Wireless Headsets

With Xbox Wireless being an exclusive technology, first-time users may find connecting devices under this unfamiliar protocol a bit perplexing.

To make it a breeze for you, we laid out the steps on how to connect compatible Xbox One wireless headsets properly.

Since Windows PC and Xbox One are powered by Microsoft, configuring a connection should be easy.

Using Bluetooth transmitters is another way of beating Xbox One’s Bluetooth restriction. This device allows you to use your Bluetooth headphones on the console.

Recommended Accessories for Wireless Headphones in Xbox One

If your device lacks utilities to establish a flawless connection between Bluetooth headphones and Xbox One, then you might need the help of Bluetooth-enabling accessories.

Below are some of the other recommended third-party accessories to connect Bluetooth headphones to Xbox.

This device has other great functions, too! It elevates your gaming experience by enhancing your game audio to a top-notch level. It does so by incorporating an ultra-sensitive feature called the Superhuman hearing mode. This allows picking up silent audio leads such as enemy footsteps or weapons reload.

SCOSCHE BTT-SP FlyTunes is a universal Bluetooth transmitter that you can use the same way as Uber with a Bluetooth transmitter. However, this can be used not just for Xbox, but also other devices — even those that have either one or two auxiliary ports. All thanks to their bendable 3.5mm prongs.

Being able to use your BT headphones on Xbox consoles rids you of the hassles of buying a new device. Not to mention, you’re saving big on bucks, too!

Enjoy gaming even without Microsoft’s wireless headsets. As long as you have this guide and a premium pair of BT headphones, it’ll get you covered. Game all you want using your old but gold Bluetooth headphones.

Q: How do I enable Bluetooth on my Xbox One?

A: – On your Android device, open Bluetooth by going to Apps > Settings > Connections > Bluetooth > Turn On. – A window on your phone will show a list of nearby Bluetooth devices that are active for pairing. … – When the controller has successfully paired, you’ll see Connected below the Xbox Wireless Controller.

Q: How to connect speakers to Xbox One?

A: Start by pressing the Xbox button on the controller and then navigate to your Profile. Tap on Settings and head to General. Here you will need to locate TV&Display from the list of options and then tap on TV&OneGuide. Click on Audio&Video and then make changes to the audio options.

Q: How to connect a new controller to Xbox One?

Q: Does Xbox One support Bluetooth?

A: Xbox One does support some USB Bluetooth transmitters but which ones are compatible can be a crapshoot, and even if you find one that works with the system, it will likely transmit only game audio and not allow you to party chat.